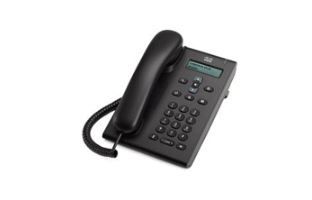 Local power The phone can also be powered locally with one of the power adapters
listed in Table 3.